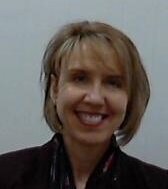 Tracey is Deputy Director for Mental Health, Substance Misuse and Vulnerable Groups within the Welsh Government’s Health and Social Services Group. She is responsible for leading Welsh Government policy on: mental health; vulnerable groups; offender health substance misuse and dementia. Before this Tracey held a number of policy, legislative and corporate roles most recently in the areas of poverty, child poverty and communities policy. During her career Tracey has also worked on European structural fund policy, local government reform and was a member of the (then) Welsh Office Devolution Unit which supported the establishment of the National Assembly for Wales in 1997. A career civil servant, Tracey has worked in the Welsh Office and Welsh Government for over 30 years.